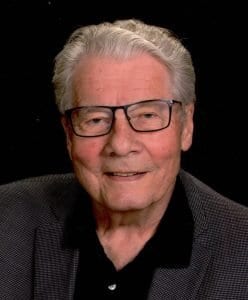 Don was born on November 24, 1937, in Redlands California, the son of George and Emily Fouts. He spent much of his childhood in Ashland, Wisconsin, where he attended Northland College, later transferring to the University of Chicago to complete his undergraduate degree. Don received a doctorate in political science from the University of Minnesota in 1967 and had a four-year stint teaching in Dekalb at Northern Illinois University, where his three children were born.

After moving to Springfield, Illinois and Duluth, Minnesota, Don moved the family to Oregon to serve as President of the Oregon Independent Colleges and Universities. He returned to Springfield, Illinois in 1984 and served in the same role for 20 years representing Illinois independent and private schools. Never one to retire, he then spearheaded an Ed.D program at Benedictine University and developed a masters program for McKendree University, where he served as an online instructor well into his 80s. From talking philosophy to obsessing over teletubbies, from singing in the choir to singing to his cats, Don’s interests spanned the gamut of human experience.

A big believer in “faith, friends and family,” Don loved to entertain other people with his ridiculous sense of humor and world-class intellect. His favorite place in the world was his idyllic cabin outside of Ashland, WI, which was built by his father in 1950 and enjoyed by his entire family for over 50 years. He was the consummate conversation artist who made you think, laugh and love life.

Don is survived by his wife of 56 years, Janet, Fredrik (spouse of daughter Susan who died in July) and two sons, Steve and Dan from Chicago; grandchildren Ashley, Eva and Anders of Boulder, Co and Bryan of Chicago.