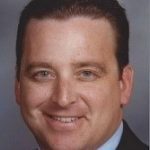 After so much uncertainty and so many challenges, this should be a time of hope and optimism for students attending Illinois institutions of higher education – especially, the independent, not-for-profit colleges and universities I represent in Springfield.

For many, it is a time of looking to better days ahead. The Illinois state budget just signed into law by Gov. JB Pritzker includes a dramatic increase in funding for the Monetary Award Program – the critical lifeline for so many needy Illinois students who can use the grant at one of the state’s high-quality independent colleges and universities.

An increase of $122 million in the MAP grant program for lower-income students will mean the maximum award per student could climb above $7,000 – a significant increase over last year’s “effective” MAP grant cap of $5,340. This funding increase will provide for more MAP grants to eligible students at public or independent colleges and universities, at a higher average grant amount. As recently as 2018, almost 100,000 students who were eligible for a grant lost out due to funding shortfalls.

Millions of new dollars also will head to institutions to increase minority teachers, nursing education, and career training for health care workers. That’s vitally important, as the state’s independent colleges and universities award nearly 40 percent of all teaching degrees, as well as 54 percent of all health-related degrees.

Our federation has long called for steady, predictable and meaningful increases in MAP funding as a direct way to benefit all Illinois colleges and universities, public and private. When students have more aid, it greatly increases the chances they’ll not only attend higher education but successfully persist in getting a college degree, maximizing the state’s investment.

The return on this investment is massive, and doubly important as the the independent colleges and universities in Illinois enroll more students annually than the state’s public universities. And the graduates of these institutions live and work all across our state, pay taxes on higher wages, use fewer social services and are more civically involved in their local communities. The colleges and universities themselves have a huge economic impact throughout the state, employing more than 68,000 faculty and staff, while pumping more than $21 billion annually into the Illinois economy.

We are grateful to Gov. Pritzker, House Speaker Chris Welch, Senate President Don Harmon, and strong majorities in the Illinois House and Senate for putting some of the state’s recent good fortunes back into our higher education system. These decisions will reap tremendous rewards, just a few short years after the 2015-2017 state budget stalemate threatened to decimate our higher education system and the COVID-19 pandemic added another wallop.

With all of this unexpected good news, however, comes the sobering reality that our work is not nearly over. It is just beginning.

There are many reasons: the state budget impasse, COVID-19, a decline in high school graduates. But I am concerned other schools – especially those like federation members MacMurray and Lincoln with so little margin for error – might face the same fate.

Higher education is at its core a highly competitive marketplace. Campuses must offer the best options, with the most flexibility, at the best price possible to maintain relevance in an increasingly global competition for students. Campuses have closed in the past because they could not compete anymore, and it will inevitably happen again.

My call to our state leaders is to build on the momentum from this spring session. Make continued, sustainable investments in our institutions and students. Give all Illinois colleges and universities the best fighting chance to continue transforming lives. We all win with a healthy system supported to do its best from Springfield. We’ll be right there working with you to make it happen.

David W. Tretter is president of the Federation of Independent Illinois Colleges and Universities in Springfield.